“Imperfection is beautiful. To anyone who has ever felt broken beyond repair, this is for you. If you’ve ever been excluded, or told you were not enough, know that you are enough, and beautifully complete.”

Jonathan Van Ness,
Over the Top: A Raw Journey to Self-Love 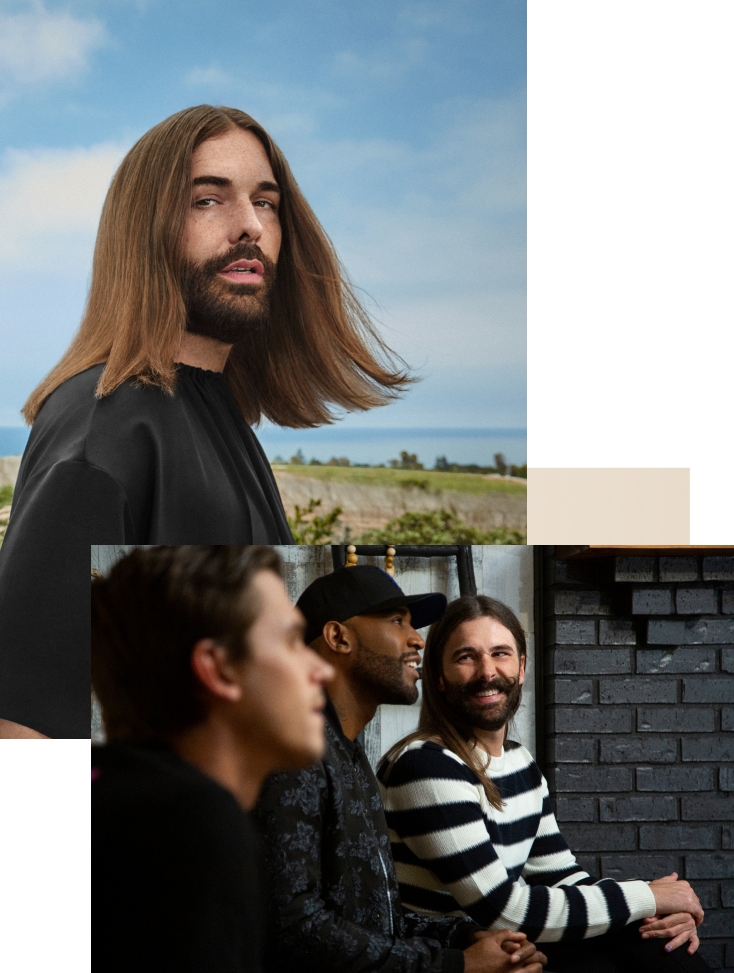 Always a story-teller, Jonathan first stepped in front of the camera in 2013, while doing his friend, actress and director Erin Gibson’s hair, an impromptu recap of the television show Game Of Thrones sparked the idea for what soon became the hit web series Gay of Thrones for web comedy outlet Funny or Die. The series later went on to be nominated three times for Primetime Emmy Award for Outstanding Short Form Variety Series. In 2015, Van Ness took his constant curiosities about the world and turned them into a podcast, Getting Curious with Jonathan Van Ness, which has grown to amass over 250 episodes covering topics ranging from oceanography, hair science and the environment to comedy, olympics and more. It has also won multiple awards but honestly who’s counting?

As of 2018, Jonathan has been a member of the new Fab Five in Netflix’s reboot of Queer Eye as the show’s grooming expert. Queer Eye has won Outstanding Structured Reality Program at the Primetime Emmy Awards four years in a row, been twice nominated for Outstanding Host of A Reality or Competition show, and will premiere it’s sixth season in December 31st, 2021. Also in 2021, Jonathan took his lifetime of beauty expertise and launched his brand, JVN. It introduces a sustainable, cruelty-free line of haircare products with a non-gendered approach, built for every person and all hair types, expanding on his platform of acceptance and equality. Jonathan hosts and executive produces his first solo network series, Getting Curious with Jonathan Van Ness on Netflix, which premiered in January 28, 2022.

Jonathan is passionate about issues that impact intersectional communities. From LGBTQIA+ liberation, to inclusive beauty, defunding the police, expanding the HIV social safety net, sustainably, environmental causes, and animal welfare. With such an expansive world, Jonathan loves supporting a multitude of mutual aid and impact organizations like some of these mentioned here.